First, an addendum to Bruegel's The return of the herd: The key to the interpretation of the painting is probably the fact that the herd is coming down from the Alm too late: the trees have no leaves. In reality, the Almabtrieb happens much earlier - in October or even at the end of September. Because the Almabtrieb happens too late in the painting, a winter storm is approaching and threatening the herd. I think the subject of the painting was inspired by the antique story Daedalus and Icarus. The story is translated to the reality of the 16th century.

Second, I finally digitized my first slide film. It's a Provia that I push precessed by one stop. I shot it during a really long hike in the Wienerwald I think in December. First I thought that I did not capture any good pictures during that hike, but after I looked through the photos three or four times, I found at least two nice ones: 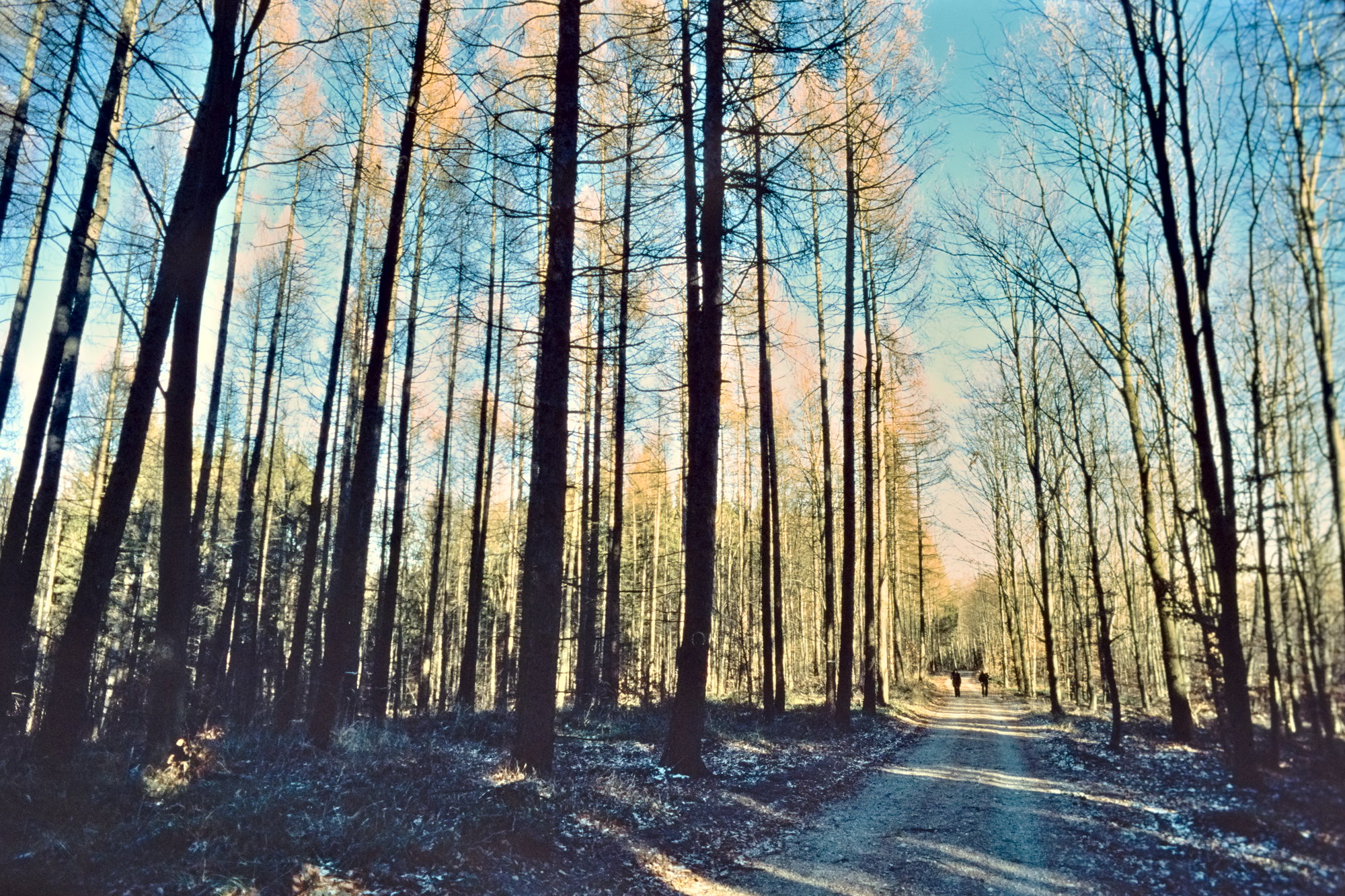 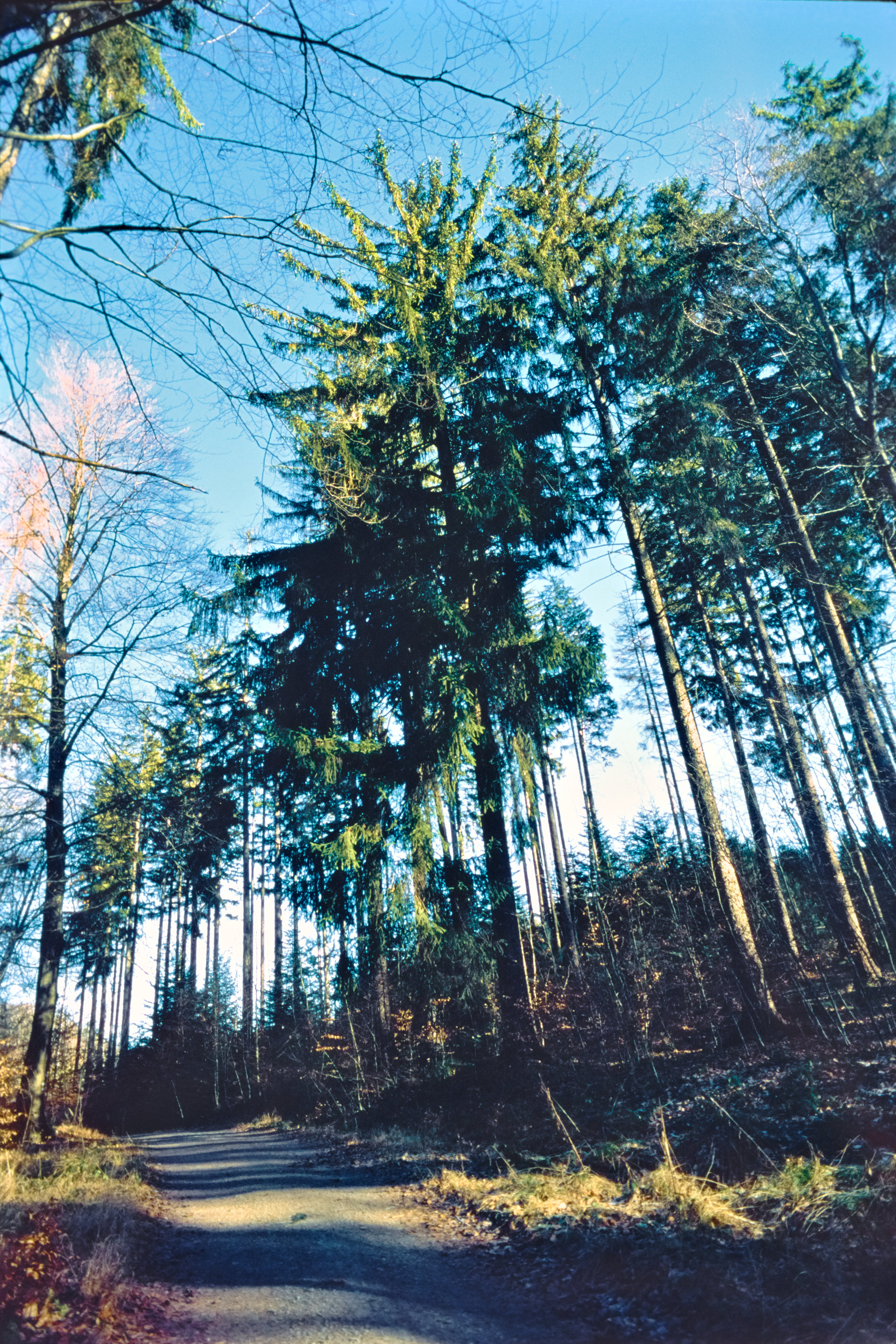 I think this is really the film look and a really nice color effect that is probably impossible to reproduce digitally. However, lots of captures are broken because I could not remove the reflections on the film. I think I should try again with a polarizer. I also quite like the mood of these shots. It's difficult to describe with words. I edited them with RawTherapee after digitizing. I think I did not do much. I increased saturation a bit and added some local contrast, and probably also used the highlights-shadows-module. It's really nice what one can achieve with the combination of analog and digital techniques. I think my next films will be a Velvia that I will also push process and an Ektachrome that I will cross process.

I made two hikes during the last weeks: first I went to the Wolfsschlucht in Bad Kreuzen and last week to Ramsau am Dachstein. I hiked a short part of the Donausteig from Grein to Bad Kreuzen. The part is really easy, but you should walk it from Grein to Bad Kreuzen and not the other way round like in the hiking books resp. on the Donausteig website. And it's also enough for a day, it's more than 10 kms, the whole hike form Waldhausen to Grein must be way too long for a day. Nice hike.

I did not take many good photos in Ramsau although it was a nice trip. I think the war is affecting my creativity. 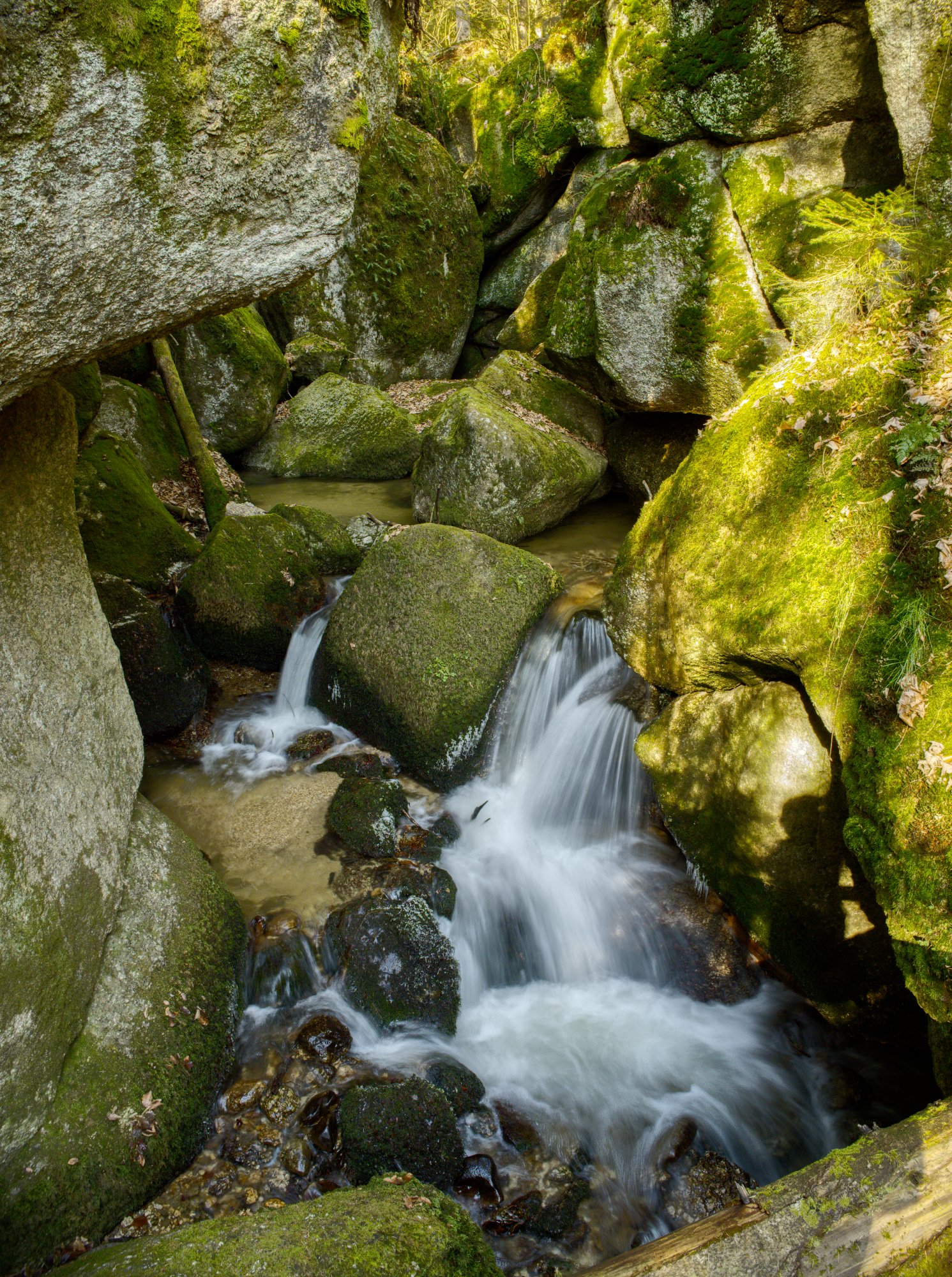 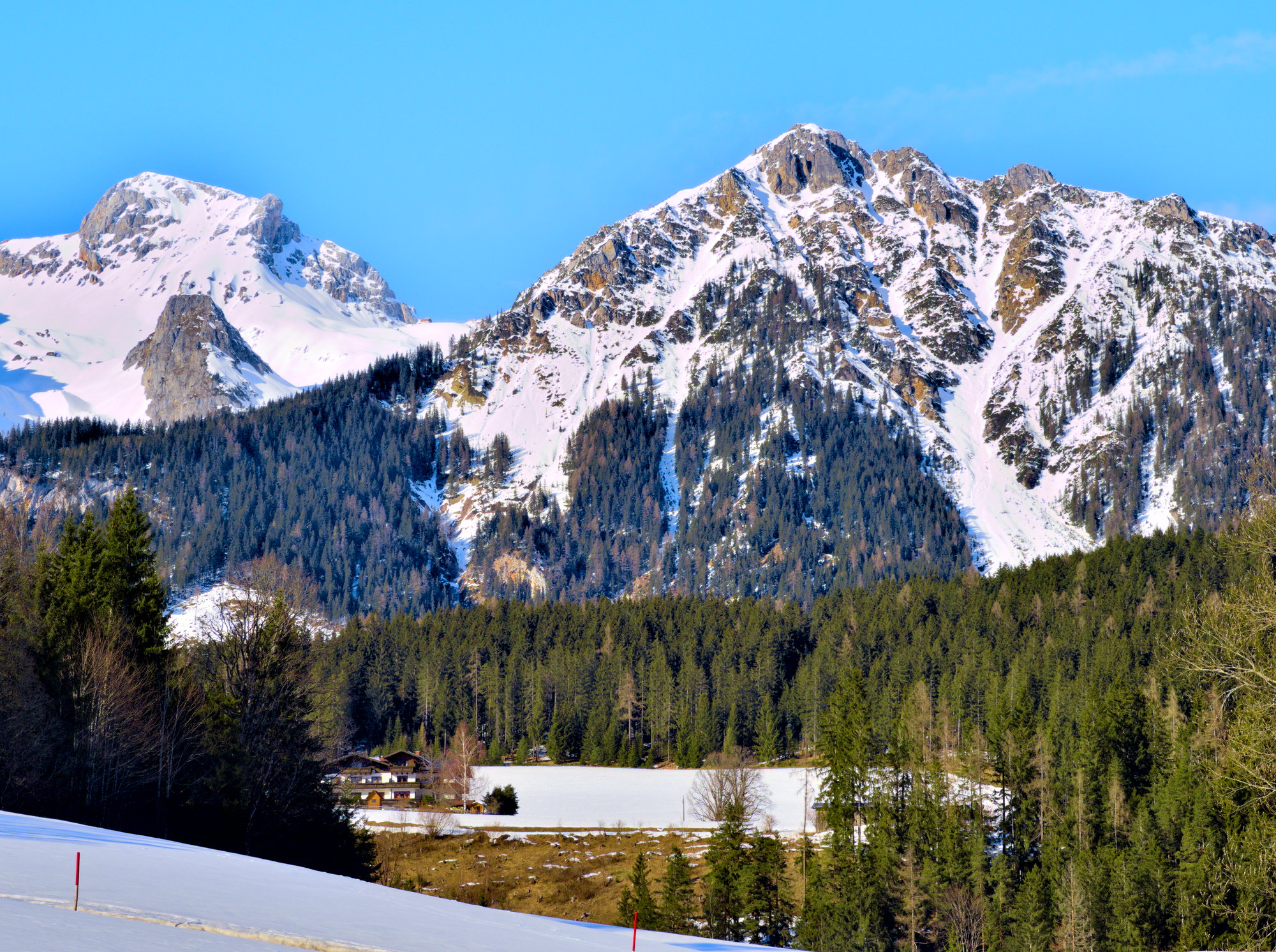 Well, I also want to mention that I bought a Samsung Galaxy Watch 4 LTE - I don't even know why. Battery life of the 44mm watch is ok - I need to recharge it every 2 or 3 days. I heared that the battery of the 40mm watch only lasts a day. But, what is a bit disappointing is the fact that the LTE watch cannot really exist without a phone: the remote connection between the watch and the phone is disconnected after some time, usually after 2 hours, sometimes even less. I am not sure what the reason is. Maybe it's a bug in the Samsung Wearable app, or maybe it works with the most expensive Galaxy phone which I don't own.

A few days ago bought a refundable plane ticket to Luxemburg.

I wasn't sure about the title of this article: first I was going to choose "irrationality", but I think that is too negative because really it comes form emotionality. One could also say crazyness.